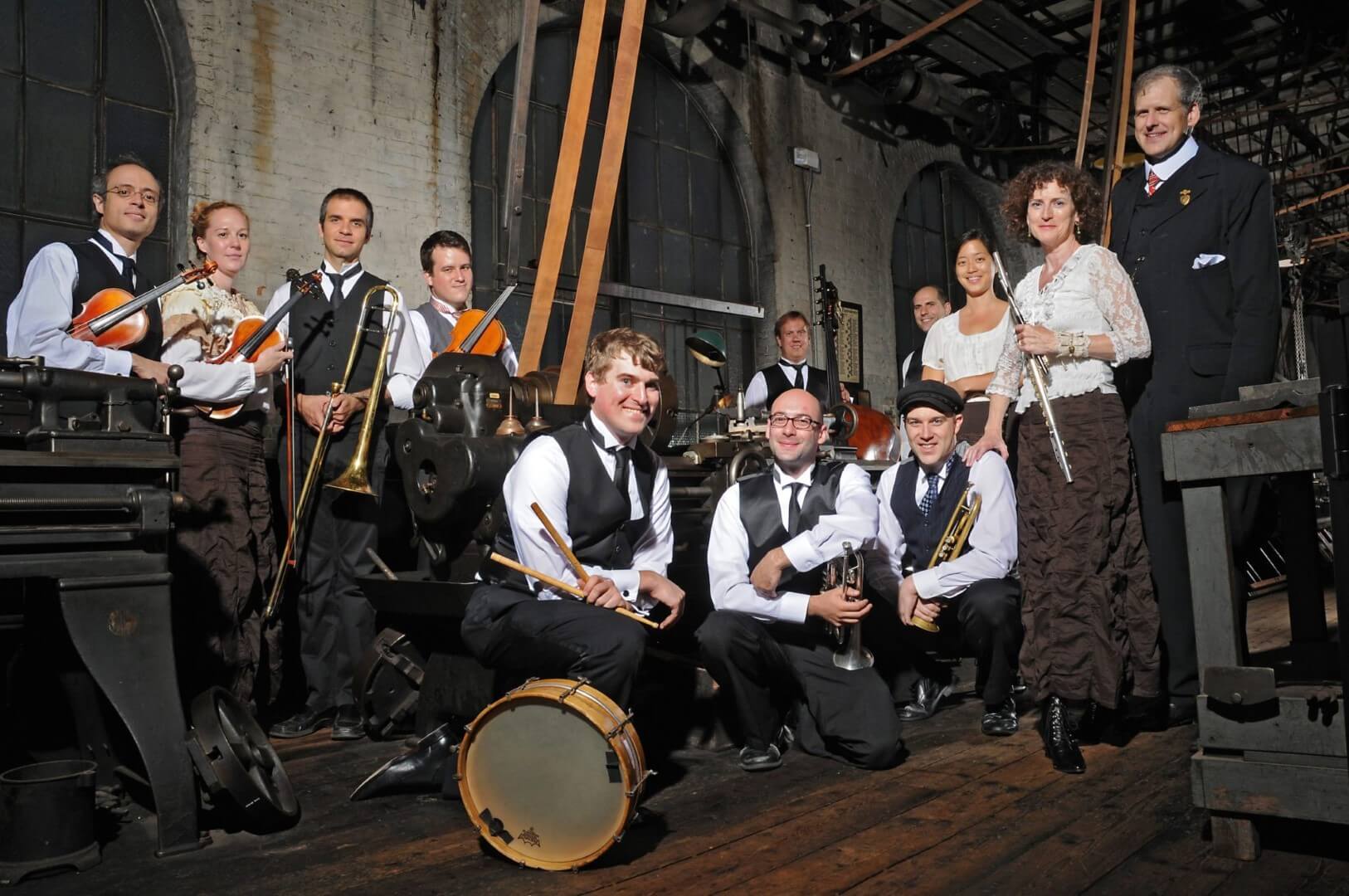 The Paragon Ragtime Orchestra is the world’s only year-round, professional ensemble re-creating “America’s Original Music” – the syncopated sounds of early musical theater, silent cinema, and vintage dance. The PRO came into being as the result of Rick Benjamin’s 1985 discovery of thousands of turn-of-the-century orchestra scores once belonging to Victrola recording star Arthur Pryor. In 1988 the Orchestra made its formal debut at Alice Tully Hall – the first concert ever presented at Lincoln Center by such an ensemble. Since then PRO has appeared at hundreds of leading arts venues, including the Ravinia Festival, the Smithsonian Institution, Chautauqua, the Brucknerhaus (Austria), the New York 92nd Street Y, and the American Dance Festival. In 1999 PRO’s music inspired master choreographer Paul Taylor’s new dance Oh You Kid! which was premiered at The Kennedy Center jointly by the Paul Taylor Dance Company and the Orchestra. In June, 2003 the PRO presented the premier of Rick Benjamin’s new reconstruction of Scott Joplin’s opera Treemonisha at San Francisco’s Stern Grove Festival. In 2005 and again in 2006, Paragon had the honor of being presented in Minneapolis’s Orchestra Hall as guests of the Minnesota Orchestra.

In addition to its worldwide concert hall, university, and festival appearances, the PRO has acquired a considerable following both here and abroad through its radio programs on the New York Times’ WQXR, National Public Radio, the British Broadcasting Corporation, and the Voice of America networks. Since 1989 the Walt Disney Company has relied on the Orchestra’s recordings for the outdoor theme music heard at Main Street, U.S.A. at Disneyland, Disney World, and Disneyland Paris; the PRO strengthened its international following during its extended engagement as a U.S. Ambassador of Goodwill at the 1992 World’s Universal Exposition in Seville, Spain.

Over the years the Paragon Ragtime Orchestra has been heard on the soundtracks of several motion pictures and television programs. The Orchestra’s audio and video recordings have been widely praised, and considered instrumental in rekindling interest in America’s rich traditions of theater, cinema, and dance orchestra music.

Sorry, this event is expired and no longer available.