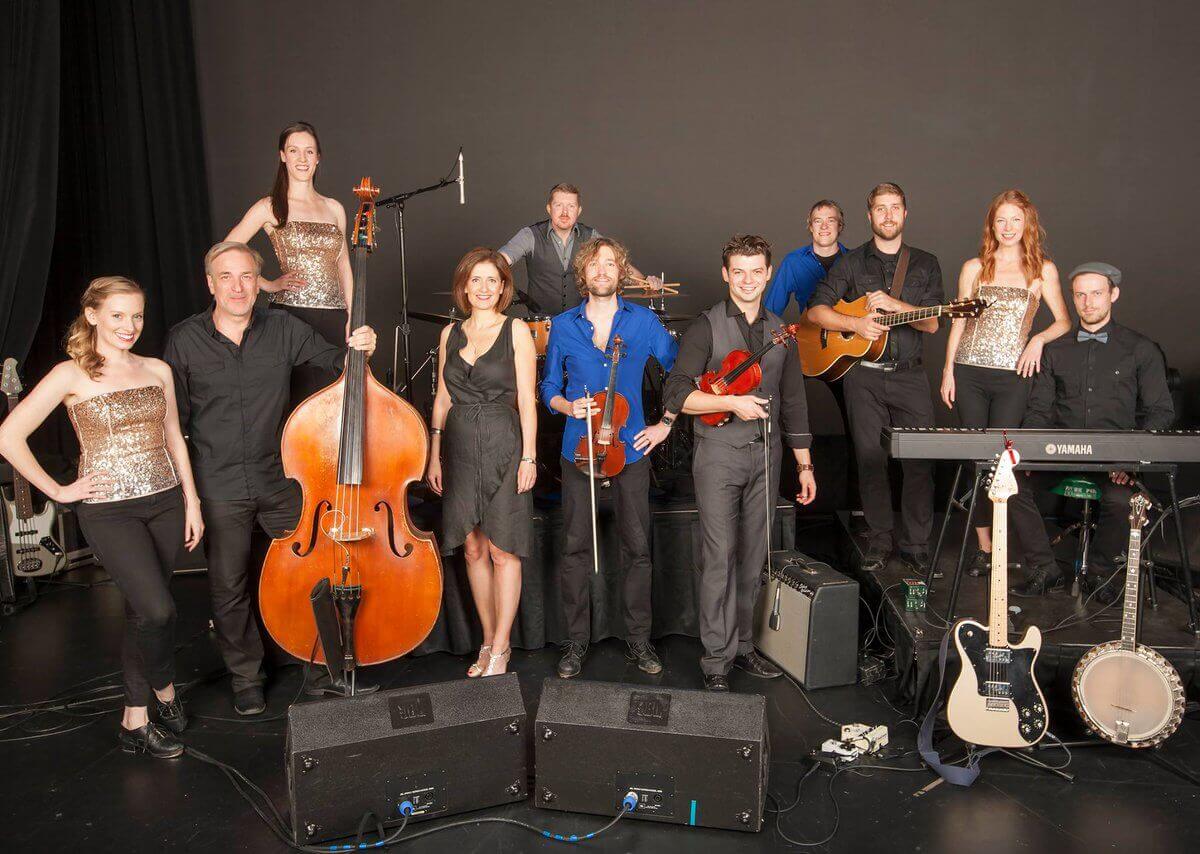 Take Nathan and Jon Pilatzke, two brothers from rural Ontario who haphazardly get started in Canadian Stepdancing and Fiddling as young children. The two boys, like a surprisingly high amount of other Canadian children, spend their summer weekends travelling around Ontario competing in Fiddle and Stepdance festivals. Cut to years later – Nathan and Jon pursue their art forms into a professional career. It is in this forum that they encounter multi-time Irish Stepdancing champion Cara Butler and the three friends unknowingly and unwittingly create the core, both physically and conceptually, for a new dance production aptly titled The StepCrew.

It is this type of connection and familiarity that are the backbone of The StepCrew – other dancers and musicians in the show traceable like branches of a tree back to its trunk. However, the mission of this troupe involves much more than simply the gathering of extremely talented friends. The StepCrew is a completely original and virtuosic display of three styles of percussive dance – Irish Stepdancing, Ottawa Valley Stepdancing, and Tap – in a fully realized theatrical setting. This mission could not be clearer as the curtain rises to a short taste of each style in its traditional form, only to be followed by a bolt to the senses resulting in the full company dancing a uniform style – a style which Jean Butler of Riverdance fame could only describe as “a unique and seamless blend of all three”. From there this amazing company take you on a journey from a house party in the back kitchen of an old Irish cottage, to a lamp lit sidewalk in New York City, to a French Canadian lumbercamp in Quebec, using nothing more than their feet.

Where it is inarguable that The StepCrew is a celebration of dance, one cannot deny the musical abilities of the instrumentalists – two of the dancers themselves being noted and champion Canadian fiddlers. One of The StepCrew’s “secret weapons” is its musical ensemble – some of the most respected musicians in the Celtic genre today perform arrangements perfectly crafted to compliment both traditional and progressive dance moments. Of particular note is Alyth McCormack, a Scotland native, whose haunting vocals not only contrast flawlessly the vigor of the dance, but also act as a soundtrack inspiring it. Alyth’s distinct traditional vocal flair certainly ties in with the flavours of traditional music and dance offered up in this “tour de force”.

The StepCrew boasts performers from the likes of The Chieftains, Cherish The Ladies, Loreena McKennit, Carlos Nunez, and Bowfire. As six-time Grammy Award winner Paddy Moloney of The Chieftains quotes, “The StepCrew does not simply draw their audience in, they take them by the hand and remind us what dance is meant to be about – fun!”.