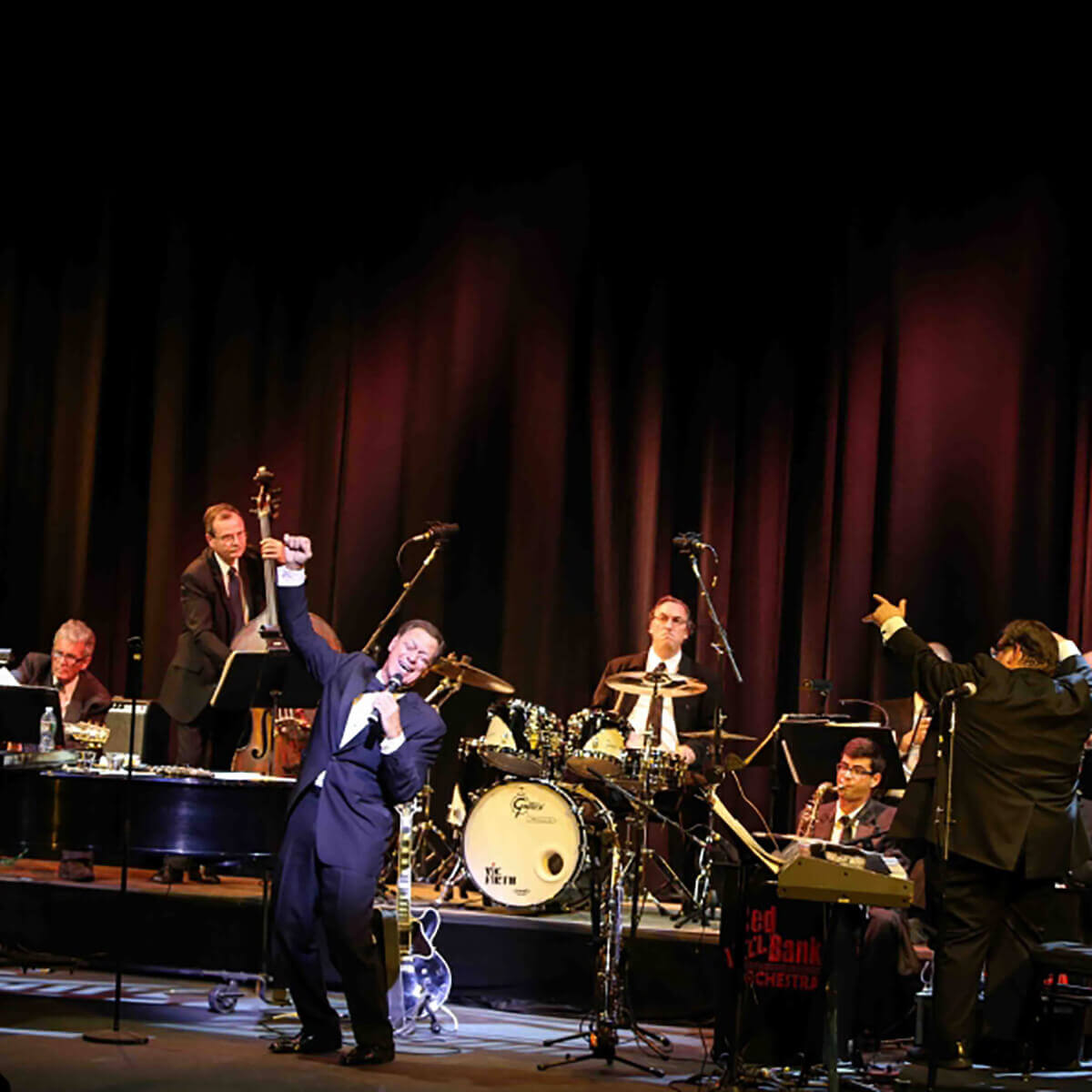 Television, film, theater, night club – they are all arenas in which Mr. Joe Piscopo has won the acclaim and affection of millions. For decades, Joe has proven to be one of show business’ brightest lights. After a career as a disc jockey and dinner-theater performer, Joe turned to comedy. He was chosen to join a newly formed ensemble charged with one of the most difficult tasks in TV history – replacing the original cast of Saturday Night Live.

By the time he left the show, Joe had left his mark not only on the program, but the nation. Thanks to his widespread portrayal of hilarious original characters and celebrity impersonations, including The Sports Guy, Doug Whiner, David Letterman and with the utmost respect, Mr. Frank Sinatra, Joe has become a household name. The legend repeatedly endorsed Joe’s portrayal of him, referring to him as ‘The Vice-Chairman of the Board.

His work on SNL naturally led to Hollywood; with starring roles in Wise Guys (with Danny DeVito) and Johnny Dangerously (with Michael Keaton). Other film credits include “Dead Heat”, “Sidekicks” with Chuck Norris and a dramatic, critically acclaimed performance in Jonathan Parker’s “Bartleby”. Joe performed as the lead role of Jack Cosmo in the musical comedy, “How Sweet It Is” with Paul Sorvino. Look for the upcoming blockbuster films from Avellino Productions; “Joey Benefit” and “Bloomfield Avenue.”

Joe continued with his successful career and conquered yet another realm when he starred on Broadway as the disc jockey Vince Fontaine in Grease! Ever the trooper, Joe insisted on performing opening night, despite conditions created by one of the worst blizzards in NYC history. And indeed, history was made as Grease! was the only Broadway show to open that night!

Live performances have always been an important part of Joe’s career. He has long been one of America’s most popular comedy and concert entertainers, filling arenas and casino showrooms from coast to coast and Canada. Notoriously, Joe even has history performing at the prestigious Montreal Jazz Festival. Currently, Joe tours with his own original Big Band tribute to Frank Sinatra, as well as his multimedia comedy show. Throughout his career Joe pioneered some of the most innovative television commercials on the air. Starting with his unforgettable Miller Lite campaign to GNC, Bally’s and even touting Ragu (with his Italian Mom’s permission, of course!).

Joe won acclaim for his dramatic guest-starring roles on the NBC drama, Law and Order. He is a recurring guest on The FOX News Channel, he co-hosts The Columbus Day Parade each year in NYC with Maria Bartolomeo, performs for The Tunnel to Towers Foundation and frequents political shows like Tucker Carson. Today Joe is the host of the Joe Piscopo Show on 970 am The Answer, achieving the respect of being the most listened to radio show in the greater NY area.